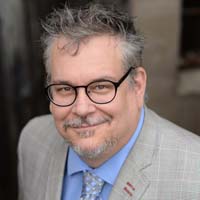 John dreamt of being a writer since he was a little boy. He became a symphony musician, a social worker, even a Naturopath before returning to his love of writing. Now, he spends his days banging keys, tending his vineyard, and spending time with his family. John has ghostwritten hundreds of books, authored over 13 nonfiction books, is a journalist who writes for the NYT and other magazines, and is now an Award-Winning YA Fantasy Author. His award-winning series, Secrets of the Twilight Djinn has gained critical acclaim all over the world.

RELATED SESSIONS
What It Takes to Finish a Book World Building – Building a Series One Story at a Time
RELATED SPEAKERS
No rows found!