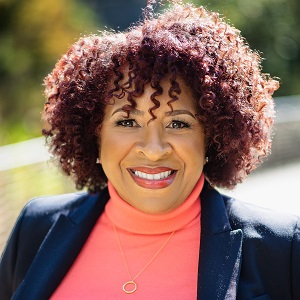 Wanda M. Morris is the acclaimed author of All Her Little Secrets, which has been praised by Karin Slaughter as “brilliantly nuanced” and reviewed by The Boston Globe, LA Times, New York Times, Atlanta Journal-Constitution, Seattle Times, and South Florida Sun Sentinel among others. It was named as one of the “Best Books of 2021” by Hudson Booksellers and selected as the #1 Top Pick for “Library Reads” by librarians across the country. It was selected as a Book Buzz Pick by Good Morning America, serialized in Entertainment Weekly and a Marie Claire book club pick. All Her Little Secrets won the 2022 Lefty Award for Best Debut Mystery Novel and 2022 Georgia Author of the Year for Best First Novel. She has also been nominated for several forthcoming awards, including the Anthony Award, the Strand Critics Award, the Macavity Award and longlisted for the Crooks’s Corner Book Prize.

Her new book, Anywhere You Run, comes out October 25th and been named as one of “Fifteen Standout Historical Fiction Books to Read This Year” by Oprah Daily. Publishers Weekly gave it a starred review, stating “Finely sculpted characters and crisp dialogue help make this a standout.”

Wanda is a member of Sisters in Crime, Mystery Writers of America, Crime Writers of Color and serves on the Board of International Thriller Writers.

Wanda is a corporate attorney. She is married, the mother of three and lives in Atlanta, Georgia.

RELATED SESSIONS
How to Write an Opening That Pulls the Reader in How To Write a Thriller That Delivers
RELATED SPEAKERS
No rows found!